An Ethical Discussion on the Digital Transformation of Sewing Technology

Dissertation in Design for Change (MA) at The University of Edinburgh

While human society is being transformed by information technology, contemporary sewing technology is based on the same functionality as in the late 18th century, including the fundamental dependency on human dexterity and tactility. While established digital technologies seek to streamline the human-led manufacturing process in many industries, the unique characteristics of clothing production with its high fluctuation of styles, low margins and floppy textile material make full automation unviable and in the foreseeable future perhaps even infeasible. In short: Today, and for the foreseeable future, every garment is and will involve sewing by human hands.

Because of this continuous dependency on human participation, the production of clothing – and in particular the sewing process – must be assessed from an ethical perspective. In the theoretical component of my dissertation, I used  the Matrix of Convivial Technology (A.Vetter,2018), which finds its origins in the Degrowth movement, as a guide to discuss the ethical features associated with sewing technology. Examining this technology across the spectrum of convivial values results in distinguishing it as a social technology. As such, it holds potential to fulfil basic needs, empower people through the ability to create, and build relationships. Under a commercialised motivation however, the human component shifts its position: Human labour becomes 'inferior to the system' and its inherent consumerism. It becomes clear that the core question of how to design a more just future fashion industry is not – as I had initially thought – one of techno-optimism versus techno-pessimism and the narrative of 'digital saviourism'. Rather it is a question of social agency versus social passivity. It is necessary to actively change the status of the garment workers - and the onus is on the consumer to participate in this change.

To support the development towards a socially sustainable fashion industry and to expand its positive features, I suggest a creative approach to enhancing informed consumerism. For this, the output of my project aims to move the human component into focus by directly visualising the human touch of sewing technology in its immediate medium: the garment of quotidian use. With the technique of paint-sewing, the human touch of manufacturing becomes literally imprinted on the garment. 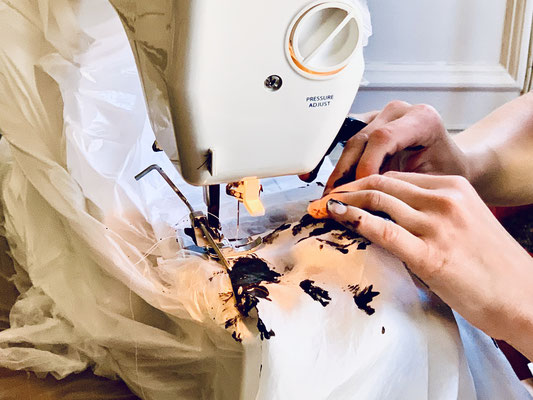 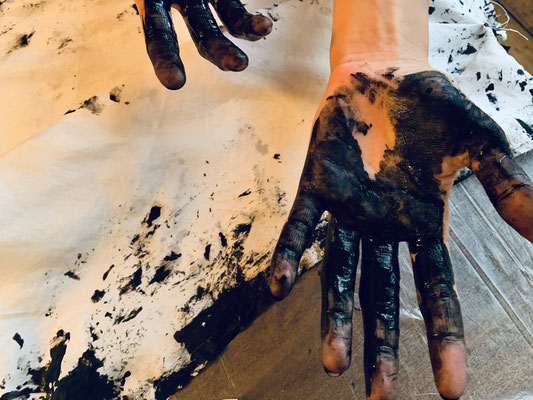